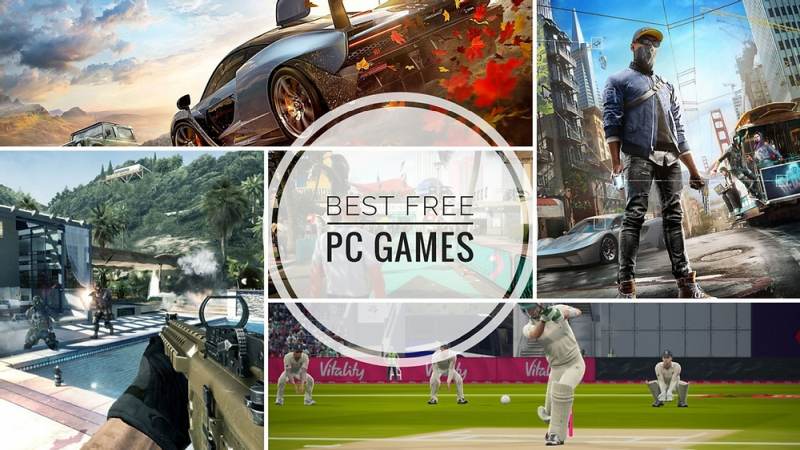 The thing that can make the gaming community crazy is that they can now play popular video games for free. Many popular and big gaming studios offer to play Free PC Games. However, this offer is for a specific time period.

Video Games are the electronic games that user plays electronically. It involves a user interface and an electronic controller connected to the display screen or monitor. The display screen gives the visual feedback to the user corresponding to the orders given by the user through controllers. This may appear in 2D or 3D Video.

It is a bit of bad luck that playing famous games for legally free is a very difficult job. This is the reason that’s why I have done hard work for this article to mention a few PC games that we can play for free. The Games are as follows;

Now, lets dive in to the details about some of these Free PC Games.

Valorant is one of the latest games on the list. It is a multiplayer game. It is a match of 5vs5 players a tactical shooting game. The developers of this game are Riot Games. Riot Games is a gaming studio that is behind ‘League of Legends.’

The launch date of Valorant is June 2, 2020, .Due to good gaming features, it has gained millions of users that are playing it. It is the best game for the user who wants to quit playing story-based games. In this game, the user has to decide either it is on the defender or attacker side. The team that wins 13 rounds first is the winning team. This team gets the Winning Title.

The best thing about this game is that it can run on low specification PCs. In short, a potato PC has the ability to run this game in a low graphics setting. So what else you require from this game.

Call of duty is one of the famous and common titles in the gaming community. Each year every gamer is expecting the new title by Call of Duty. However, in 2020 Call of duty Warzone is available in the market for free. This game is for PC and console as well. Thus, this is an addition to the Free PC game list.

The system that it requires is must be a robust system. It is one of the biggest titles that we can play for free. It is also known as COD in the short form. In this game, we have Battle Royale mood in which a user can play as Solo, Duos, Trios, and Quads.

The Counterstrike: Global Offensive is the legendary game that has inspired the Valorant which we have discussed before.

Valve has released the CS: Go in 2013 and no one has imagined that after the eight years of its release it will have millions of Players. When the CS: Go was released it was not free. After 2018 The studio has made it free for everyone. it is just like Valiant. there are two teams of five players that play against each other. A stage also came when players can buy different weapons by the credits they win.

Millions of players are playing Fortnite around the globe. It is free to play battle royale, Fortnite. However, here is a large number of gamers that hate to play Fortnite. If you are one of those who hate this game you must agree that it is a perfect developed game.

In Fortnite, It drops 100 players in a region with no weapon. Players have to find the weapons from that region and kill other opponents. The player standing at the last will be the winner.

Dota 2 is a very famous game in the Gaming Community. It is a massive game. It is a multiplayer game in which there are 2 teams of 5 players each. Both of the teams compete with each other one of the team is a defender and the other is an attacker

One Team tries to destroy a large structure while the other one tries to save it. Valve has developed this game. the release year of the game was 2013. Till now it has its millions of players around the world. It is also one of the best free PC games of 2020. The impressive function is that you can play games by participating in different tournaments and events.