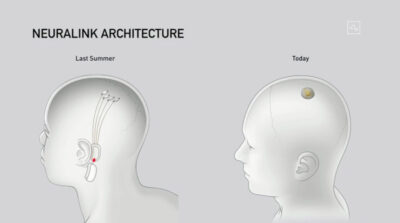 A new device by Elon musk

Elon musk made a Neuralink device and it will work on the bases of Neural Control Interface. This device will provide a pathway of communication between brain and external devices. According to the owner, he believes that NCI is quite useful for humans during this period of technology.

This new device will enable people to control phones and computers with their brains. This device can be termed as a second-generation robot because It has artificial intelligence. And, it has different types of sensors to help people in the race of technology.

Demonstration of a new device by Elon Musk

This implanting device will help technology to achieve its goals. A demonstration of this new device will be given on August 28th,2020. It will be attached to the human brain. This implanting will enable a person to control digital devices with the help of brainpower.

A presentation of live neuron firing the world will be given through this device. God knows how but the idea is quite fascinating in itself.

The goal of Elon Musk

Neuralink is working to attach tiny electrodes to the brain. These electrodes are thinner than a human hair but they are quite flexible thus the process is challenging. NCI companies have used harsh and strict electrodes and it can damage the human brain.

Elon Musk believes that artificial intelligence can boost brainpower. And that is why his sewing machine-like device will be attached to the brain. As a result, the human brain will be able to be more productive.

Existing technologies like LASIK are invasive. Which means that they include tools to fix human problems. on the other hand this new device will be non-intrusive. Elon Musk wants to create innovation in technology without harming the current human form.

the owner claims that this technology is not as advanced as LASIK but in the course of a few years we will attain that level. The owner wants to keep the risk as minimal as possible that is why he wants to keep the procedure intrusive.

Elon Musk the founder of mysterious company neuralink is about to present his new device on August 28th, 2020. This is a sewing machine-like device. So, It will help to provide a path of communication to the brain and external devices.

It will provide a unique blend of Artificial Intelligence and brainpower. as a result, It will enable people to control digital devices with brainpower. This non-intrusive device is a dream come true in this Advanced Technology era.

This new device is already tested on animals and human traces. the company will soon present it to the world. A presentation of live neuron firing will be given to the world.