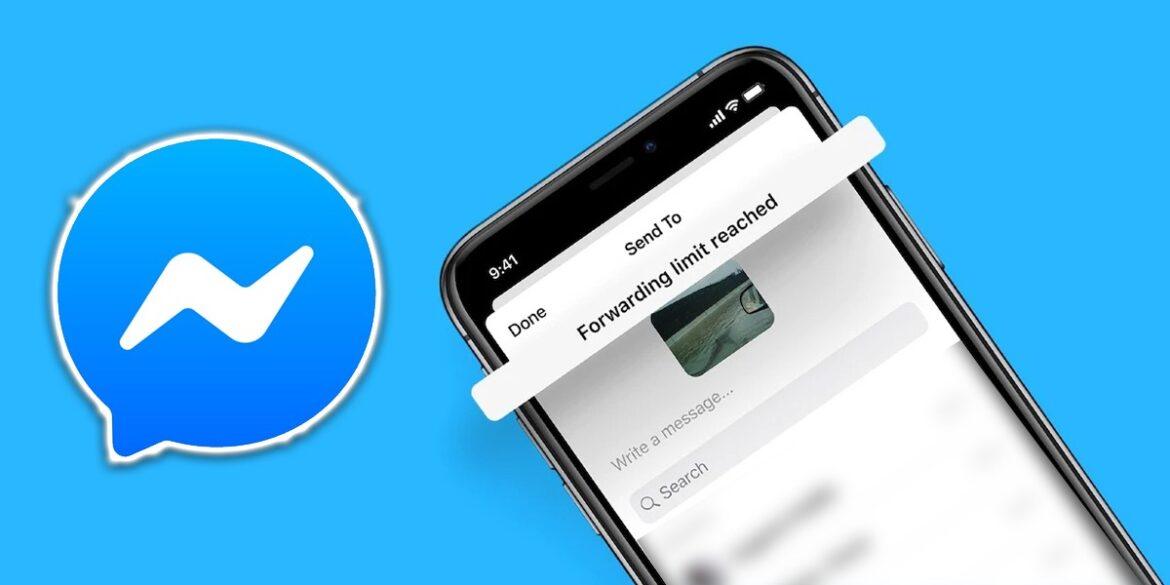 Messenger features instant chats and video calls that have connection with Facebook. It is an application that came into the market in 2011. Later on, after its success rose in the world it got collaboration with Facebook. It helps the user to make instant messages ,audio calls and video calls and chat with other users. It also provides extra features of sharing, pictures, audio, videos, emojis and stickers. In updated version you can also send money to your friends.

Facebook Messenger has added a limit on forwarding messages to only five people or groups at a time. This update recently occured on another application of Facebook known as WhatsApp. This is an update to control spreading fake news through Facebook platform.

What happens when you select more than 5 people to forward a message?

When a user receives this message a question arise in mind. Why “forward limiting messages?” “what’s the reason of forwarding messages limits?”

Hence, the answer is explained below in detail so you don’t have to confuse your mind with so many questions.

Reason to limit the messages

Jay Sullivan, The Director of Product Management Messenger privacy and safety explained it. He said that to reduce spread of viral misinformation the forwarding limit is the most effective way. As we know people make fake news viral for some personal agenda. Limiting the forward messages to 5 people is a way in which it can be controlled. As it will be time consuming to forward one message to the whole contact list and nobody has this much time to send to the whole contact list.

This update come at the time when major elections are upcoming in US, New Zealand and other countries. The messenger’s officials want to provide each and everything with great transparency and accuracy of information.

Limiting the forwarding number – Aim Behind it

The company wants the Messenger to be a safe and trustworthy application that connects friends and family. Recently in this year, messenger introduced some other safety features for their users. These include safety notifications, two factors authentication and easier ways to block and report Spam messages.

These features take Messenger to another level of protection. It also reduces the misinformation spread about the virus and other harmful context. The Corona virus Community Hub allows people to get the up to date information and way to stay safe in this pandemic. The security allows people to trust the application and to remain stronger and safer among this pandemic situation.