Friday, May 20
Trending
You are at:Home»How to»Has Apple launched glasses? What are Apple Glasses?

While people are still awing at the Apple watches, Apple is all set to launch technologically equipped Glasses and Headsets. The much rumored AR glasses were to be released in 2022, but now it seems that it is struck by delay till 2024/25!

Apple AR/VR headset shall enter the market soon. We will be telling you about the headsets as well, but our research shows that people are more curious about the glasses! We often see questions like are Apple glasses in the market? Is Apple launching glasses? and so on! So here we are with whatever we know about the Apple Glasses.

Whatever little has been disclosed by the Apple’s AR/VR space, shows that this is going to be huge. a breakthrough in the technology. So Apple basically hires hundreds of employees and acquires multiple  AR/VR companies to work on technological products. For now, they are working on two projects, The AR/VR headsets and the AR glasses.

Now lets talk about the glasses! As said, the rumors say it is launching in 2024/25. But we never know when Apple surprises us!

What is the price of Apple Glasses?

According to yet other rumors and reports, it is suggested that the Apple Glasses are having a price of $499. There would also be  prescription fees. To us, this is a low price as competitors in the market have much higher price. For instance,  Microsoft Hololens 2 tags price at  $3,500. Since Apple will be having compatibility with Apple smartphones, we expect less parts and accessories!

What are the features of Apple Glasses? 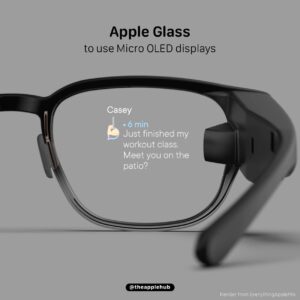 TBH, since they are not out yet and i have not personally seen them, I am as curious as you are. But reliable sources say that they would show the screen of the mobile on them. for instance, incoming calls, texts, maps etc. So the thing is it does not distracts you as they would not pose hinderance to your vision and keep you updated. For instance, you an use Maps without looking at the Mobile screen! 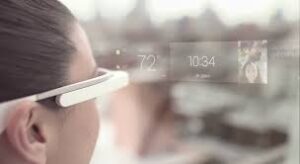 While people with eyesight issues might be thinking, will they be able to wear them? would they need lenses to first adjust their sight and then use the glasses? Well, that is not the case. As per the reports, this technology won’t be needing the prescription lenses. They are the “Smart glasses” that would adjust for sight! Well if that is true, this is going to be the coolest part! 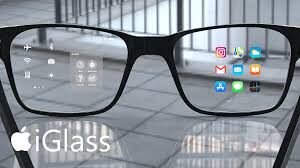 The projection-based system will allow to beam images on the eye, this not requiring the transparent display. It will ensure focus and a double prescription glasses be used for people with sight issues. Also, while focusing on the object, people do suffer from headaches, nausea, and eye strain. Yet, when the object itself becomes focused without an effort, there would be no such issues! As the object would be an inch from retina!

You will be seeing what you want to see. You will be able to change the background. The Chroma keying will help you to replace a solid background to anything else.

Google Street View at your Glasses!

Just like your Google street view allows you to view the parts of the world you want to see, the Apple Glasses would allow you to look at whatever you like to see. You can zoom in, focus and see what you like. However, the best part is that it will be projected on to the retina than on the screen of your mobile!

Darkness, No an issue!

The depth sensors allow to see better in dark! Thus darkness is not an issue any more!

The look like ordinary yet classic pair of glasses! They are having the LiDAR scanner on the right temple. so far no cameras. Also, likely to have a stand with a wireless charger!