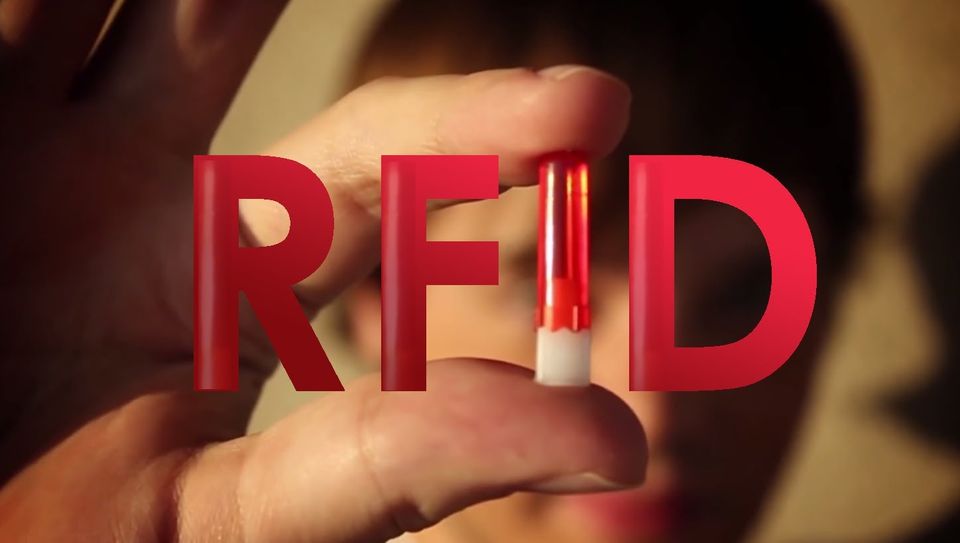 Radio Frequency Identification, or simply  RFID, is an emerging technology that makes use of radio waves to track objects. RFID and other emerging technologies such as artificial intelligence and gene therapies are revolutionizing businesses and the world.
RFID is also making a great many impacts on businesses and business processes. For instance in commerce, asset management is revolutionizing as RFID is taking over manual data-keeping.. In supply chain management suppliers can track their supplies without depending upon the vendor.

Business processes such as supply chain management, assets management, data entry process, tracking inventory are all benefiting from RFID. RFID is a modification of barcodes which store less information, cannot work at a distance and are prone to environmental wear and tear as compared to RFID which stores more information, can work at a distance and is less prone to wear and tear. These incredible properties allow RFID o enhance the efficiency of business processes as they need less monitoring, provide real-time data and store the high value of data that can be tracked from miles.

Today multiple organizations are making use of RFID to enhance their business products. For instance, at large marts such as Wall Mart, the RFID chips help in tracking inventories. Marts are using RFID tags so that the billing process takes seconds rather than minutes. The RFID tracks the item placed in the cart and sums up the bill, as you pass by the RFID reader, your bill is prepared and you won’t have to stand in lines. Walmart makes use of RFID to efficiently maintain its inventory. They can now track their inventory without allocating too many people for it.
The hospitals such as St. Vincent’s hospital are now equipped with RFID technology. This helps the doctors and nurses to analyze the status of patients without moving an inch. This helps save time which was from 6 hours of rounds on patients, checking catalogs, and others to mere 6 minutes. Now doctors and nurses utilize that time to take better care of patients and can handle more patients efficiently. Now the Hospital is able to cater to more patients as the efficiency of doctor and nurses have increased.

For instance, RFID saves time for consumers as it makes bills free of errors in seconds.

To make the process of counting miles per second effective, Race Wire adopted the RFID technology. Race Wire is a race timing industry that would install chips in cars, cycles, or sportsmen while they raced. By the end, the chip depicted the complete data as it was being tracked over time. In past, the process was ineffective as stopwatches and pull tags were used to measure time and speed. Yet that was prone to human error and the racers weren’t satisfied. RFID has helped the process of calculating time and speed to become effective.

Investing in RFID, however, is challenging. The RFID chip can cost from mere cents to $250. When Walmart first initiated the RFID back in 2003, it had to go through a lot as the suppliers were told to get themselves equipped with the RFIDs which most were reluctant to because of the costs without any benefits.

The idea was abandoned but later in 2006, the suppliers started to adopt the technology as it was becoming a need and was now cheap. Today the retailers know that if they have ordered 600 juices: 200 orange flavored, 300 mangoes and 100 pineapples, what they have received as compared to the past. In past there was a lot of confusion and suppliers would take benefit of it. Today maintaining inventory for Walmart is not a problem.

Why RFID implementation is a challenge?

The employees might find it difficult to understand. For instance, shifting from manual book keeping to technology confuses staff and requires them to learn new skills. This reduces the efficiency of the employees. Yet, once done the new efficiency level surpasses the past ones.

Below we will discuss the implementation challenges of RFID for Walmart and which key success factors that lead the organization making the best use of the technology.

Today technology is leading business. Technological use helps organizations achieve efficiency and effectiveness. This is why organizations tend to invest in technology.

To enjoy business benefits from technology, Walmart opts for RFID. However, Walmart had to ask its suppliers to invest in RFID. The suppliers had to invest in RFID tags so that their supplies could now be tracked using RFID system and not barcodes. This would help Walmart in Supply chain management. Walmart is huge cooperation that tends to provide several of products and services. It has multiple warehouses across the US. The biggest problem was to scan goods in inventory.  Every week, they have to check in their inventory and the inventory turn-over is 80%.

However, with barcodes, it was difficult to allocate the product as the barcode uses a line of sight and stores less information. For instance, it could tell that it was a pack of juice but not which flavor. The employees had to scan in twice before loading the products to send to the mart. They had handheld computers and would have to reach every box of goods. Walmart suffers losses because of being out of stock.

in 2003, Walmart asked suppliers to shift from Barcode to RFID. However, the suppliers were reluctant to do so as they did not want to invest heavily in something that would not provide benefit to them.

This is when Walmart gave incentives to the suppliers that by investing in RFID, they would also be getting the benefits:

By giving incentives to the suppliers and making sure that the POS provided cash-to-cash cycles of zero to suppliers on the delivery, Walmart was able to make suppliers invest in RFIDs. Today, Walmart has more than 130 suppliers who are providing 5.4 million tags and is eager to get hands-on another 200 suppliers for its 1000 stores.

Such incentives have been a key success factor in the successful implementation of RFID tags in Walmart.  There are some great local and international stores such as Hyperstar, Al-Fateh, and others still using barcodes. They can shift to RFIDs to enhance their sales.