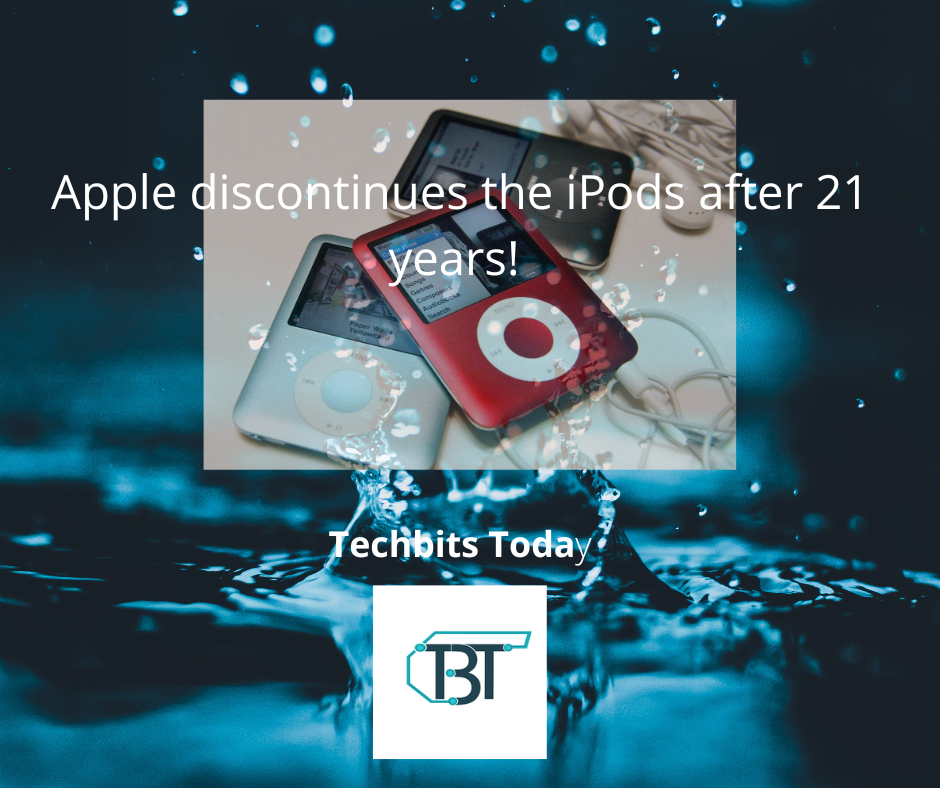 The first ever iPod was released in 2001. it had a capacity to store 1,000 tracks. This was revolutionizing in terms of music. Innovative and entertainment are two words to describe the iPods! However, the bad news is that we won’t be seeing any new iPods in the market. As Apple says that it discontinues the production of iPod. It will now not produce or update the iPods.

The iPod Touch, is a technological breakthrough. Not only for the world but for Apple itself. The team which develops the iPod touch later develops the iPhone. Yet, iPhone took global smartphone market quickly. So much so that Apple has last iPod released in 2007 Later, few updates were introduced. The last Apple update for iPod is recorded in 2019. While there have been models like Nano and Shuffle. While the stock lasts, Apple is selling iPods, but not making any. Thus making these the last pieces of iPods!

Apple has been making a difference. The senior vice-president of worldwide marketing at Apple, Mr Greg Joswiak says that iPod is a gadget that has “redefined how music is discovered, listened to, and shared”.

How are People reacting to iPods discontinuing its production?

People are not happy with this news. Now they are sharing their experience with iPod and how it was there first gadget! How it is there for their music needs and how much they will miss it!

To me, the IPOD is the most innovative product of our lifetimes. It led to the changes in the way we communicate, function, and collaborate. It was not 1st in class but it was the most efficient.

Heck of a run IPOD! @Apple

Steve Job himself introduced iPod in 2001. The bad news is that Apple is discontinuing its 21 years old iPods, yet there is a good news. It is launching a new music player. It is because of Job’s vision.

“Music’s a part of everyone’s life. Music’s been around forever. It will always be around,” Steve Jobs

Bidding farewell to iPods, with hope of better technology for tomorrow!

Facebook Introduce A Tool to Boost Election Participation In The World

The Inspiration4, the first ever voyage of 4 civilians to Space!

How to connect AirPod to MacBook?