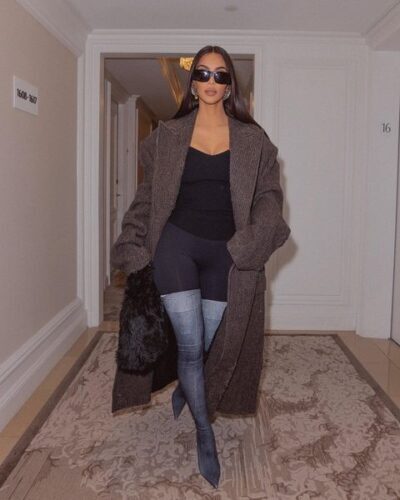 Celebrities have a life full of Glitz and Glam.  They are getting money even for posting a picture. However, nothing comes without effort. For every post, they do face criticism and have a lot of responsibility for it. In recent social media issues, Kim and Mayweather are facing challenges.

Kim Kardashian, is an American Socialite, businesswoman, model, and actress. She along with  Floyd Mayweather Jr is sued in a Cryptocurrency case. Mayweather is an American professional boxer. However,  Investors are filing lawsuits against them. As they have been alleged for misleading their millions of social media followers.

Nevertheless, they have been promoting a little-known cryptocurrency called Ethereum Max.

The lawsuits are in the U.S. District Court for the Central District of California. Which claims that  EthereumMax is a weak currency. Artificial inflation of currency is taking place by “false or misleading statements” by social media influencers.

Kim Kardashian posted on Instagram asking her followers if they were into crypto? While promoting the Ethereum Max. She also shared that it was not financial advice. But what she has been told by a friend about the Ethereum Max token! As per the Hashtag “ad” in her post, showing a paid post. It costs around  $500,000 to $1 million.

On the other hand, Mayweather along with YouTube star Logan Paul has been promoting the very currency in a boxing match. Also for the very match, the  Ethereum Max was made acceptable as an alternate to money for ticket payment. This caused high volumes for the currency which the investors claim is unlawful.

Also, Mayweather had tried to promote the currency at the Bitcoin conference in Miami. However, the speaker disapproved of it and he stopped.

Plaintiff Ryan Huegerich, who is a New York resident, is making losses. He says he has been buying currency as it was endorsed by the celebrities yet suffered losses.

Ethereum Max’s 97% value has decreased. As the creators and investors are using the “pump and dump” scheme. As it helps in an artificial boost of the currency.

What do Kim Kardashian and Mayweather have to say?

While Kardashian and Mayweather’s representatives are vocal about the accusation stating that this is not the first time celebrities have been targeted over cryptocurrency.

A spokesperson for the Ethereum Max project states that the lawsuit is false. It has a lot of misinformation. This is a transparent project and soon truth will be coming out he added.

Which Cryptocurrencies are being regulated in UK?