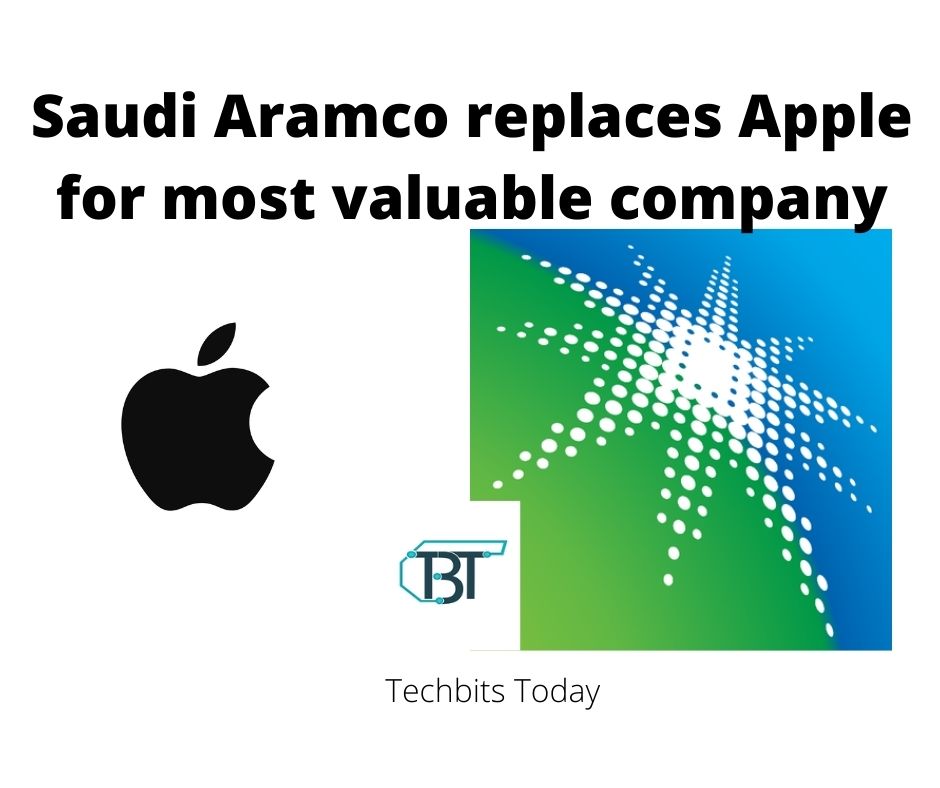 How did Saudi Aramco take over Apple?

On Wednesday night, 11th of May, Apple’s value comes down by 5% making Aramco the most valuable company. In January, Apple reports being the first company $3tn valuation. But events after that did not allow Apple to enjoy this. During this year, Apple’s valuation has decreased by 18%.

Today, its value is down to $2.37tn (£1.94tn), while that of Saudi Aramco is $2.43tn. The market capitalization of Aramco is swelling as the oil prices are hiking. The Ukraine war is the reason behind the oil price hikes.

The war among tech giants and energy giants

The war of being on the top of the valuation chart is not new. ExxonMobil, an energy giant used to top the charts. But then, the decade of technology broke in and companies like Apple, Microsoft, Google, Amazon came in and take over. Only Saudi Aramco was the one being among the top prominent positions. However, almost after a decade, an energy company has taken over the chart! Thus showing the energy sector is swelling while stock prices at technology are falling.

In 2011, Apple replaces ExxonMobil. In 2019, Saudi Aramco floats in the Saudi Arabia’s Tadawul stock exchange. It immediately becomes the top listed company and takes over the first position. Experts say if Saudi Aramco was listed before, it could have surpass Exxon. In mid 2020, Apple takes over Aramco. The pandemic allows to expand the demand of technology products and services thus, benefiting Apple. the most valuable.

Heading towards an Economic Turmoil

Economist believe that technology being taken over by oil is symbolic. The overall worldly affairs are allowing for dynamic changes. To mention, we have Russia’s invasion in Ukraine, then we have recession due to lockdown in China. All these are catering for economic turmoil. The crypto currencies are also

This latest changing of the guard highlights how the impact of Russia’s invasion of Ukraine, soaring inflation and the current Covid-19 lockdowns in China are all creating economic turmoil.

According to Parth Vala, who is currently an analyst at GlobalData, Apple attains better results in end of March, 2022. It wasn’t expecting this. However, with supply chain constraints becoming strong, as silicon shortage arise, the company will be able to attain revenues between $4bn and $8bn.
The silicon shortage is attributed to multiple lockdowns in China.

Well, while Apple has been unlucky with  the geopolitical scenarios, Aramco seems to have been benefiting from it.  It is experiencing massive increasing revenues and earnings. The profits are doubling from the last year. It will report (expectedly) a double in net income from January-March time line.  The reason being the Russian-Ukraine war. Which are causing the global energy crisis and allowing the energy prices to swell.

What is Saudi Aramco?

Saudi Aramco is an oil company whose 95% of the shares are state owned. It is enjoying high profits as it’s cost of production is low. Most of the oil it extracts from easy to tap fields. The country is rich in oil and is enjoying high revenues through oil. The company, since 2020 is enjoying highest revenues worldwide.

The impact on people and economies

Even though there is no particular or direct competition among tech companies like Apple and energy companies like Aramco. We are interested at the analysis. So that we can determine how this is effecting people and economies.

Due to Russia-Ukraine tensions, the oil prices are high and breaking 13 years of oil price record. The oil per barrel is being traded at $130. This is not the end. The people face the aftermaths. With oil prices inflating, the energy and food price hike. leaving massive impact on consumers who are left with little-to-no budget for spending on travel, technology and extra-activities.

It reports that more than $1tn has already been wipe off from major US tech stocks within a matter of few weeks.

How To Set Homepage On Macbook Air?